Sometimes I forget that this is how the New Testament was written:

John Wycliffe thought that everyone should have access to God's Word, not just those who understood Hebrew or Greek, so he began to translate into English...

"For God louede so the world, that he yaf his `oon bigetun sone, that ech man that bileueth in him perische not, but haue euerlastynge lijf." John 3:16, Wycliffe Translation of 1384

Because of Wycliffe and the work of many others in the last 500 years, I have "always" had a Bible from which I could understand the Christmas story. Your partnership in prayer and with your gifts helps accelerate Bible translation for those millions do not yet have the Scriptures in a language and form they best understand. Thank you!

May you rest deeply in His Word, especially in this busy time of year. If you are looking for a through-the-Bible reading plan for the New Year, here's one you might not have seen yet: https://www.bible.com/reading-plans/8-blended. I have learned much from it this past year and am likely to use it again in 2017.

I am thankful to be in Indiana to share this season with many of you. Calendar changes from my last update: I anticipate being at Village Life Church this Sunday evening and will be with family on Christmas Eve.
at 6:01 AM No comments:

As the Mbe team in Nigeria was translating, they came to Luke 2:7: “She [Mary] gave birth to her first child, a son. She wrapped him snugly in strips of cloth and laid him in a manger, because there was no lodging available for them.”

The translators took time to ponder how to translate some of the words, but not “manger.” They immediately used the word “ókpáng.”

“What’s an ókpáng?” asked their consultant, John Watters. “Tell me what it looks like.” It was essentially a cradle hung by ropes so that the newborn could be laid in it and swung. 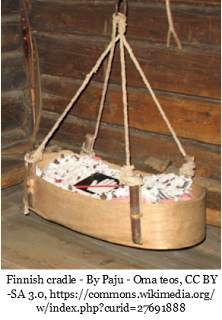 At John’s prompting, the Mbe translators consulted the Translator’s Notes (non-technical commentaries) again. They saw that “manger” referred to an animal feeding trough! John encouraged them to consider the implications of the manger. “When Jesus came to live among us and bring salvation to us, he came in the lowliest way possible. He did not come and sleep in a nice ókpáng like every Mbe mother wants for her newborn. Instead, he showed us his unbelievable humility,” John told them. “So we need to find your best word for an animal feeding trough.”

One of the men replied, “We feed our animals out of an old worn-out basket that is not usable anymore except to feed the animals.” 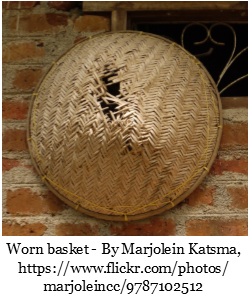 “Then try that term,” said John. “Put it in your rough draft and test it with Mbe speakers.”

Later, during the testing, as the Mbe people listened, they were visibly moved. Picturing the newborn baby lying in the animals’ feeding basket, they recognized in a new way that Jesus was willing to do whatever it took to reach them.

This is the power of Bible translation — revealing the heart of God so that men might fully understand and come to know life through Jesus Christ.

What’s up in my world?
Our department’s long-range planning time went well in November. I am also thankful to report good progress toward the financial goals through new partnerships and increased giving from some who have been long-term partners. Thank you for your faithful prayers and gifts toward my Wycliffe ministry!

Visit my Google group for information about my Indianapolis schedule this December. See many of you soon!
at 5:58 AM No comments: